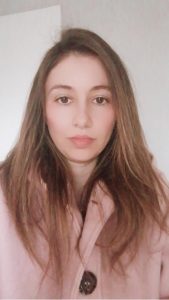 She was ranked the best M.Sc. student in the 2015 Applied Mathematics cohort at the University of Cyprus and she also holds a B.Sc. in Mathematics awarded by the same university. She was a recipient of several awards, including a full scholarship for the Ph.D. Program of Computing/Computer Science granted by European University Cyprus, the award of highest academic record and the Sievert Larsson/Ancoria Excellence Award of highest academic record during the Master’s degree program in Applied Mathematics granted by the Faculty of Pure and Applied Sciences and the Department of Mathematics and Statistics of the University of Cyprus, respectively.

She is a founding member of Women in Mathematical Sciences in Cyprus (WMSC).